The Greatest Injustice at this Time 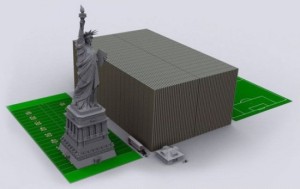 People are hurting today like never before in my lifetime.

This past April the Congressional Budget Office (CBO) revealed that “45 million people—one out of every seven U.S. residents—got food stamps in 2011, a whopping 70% increase from 2007.”

According to the latest available data,  “46.2 million people in the United States were in poverty and the nation’s official poverty rate was 15.1%. This was the fourth consecutive annual increase and the largest number in the 52 years for which poverty estimates have been published.” (The picture at the top is a visual picture of what the national debt looks like. The “stack” is a stack of money in the amount of $15 trillion dollars in $100 bills.)

In the midst of all this trouble, the democrats and republicans plan on spending in access of $2 billion dollars on this year’s presidential election; and that does not include all the money that Political Action Committees (PACs) will spend.

I am convinced that right now, at this moment, the greatest injustice going on in the United States is the amount of money wasted on elections during a time when so many people are hurting!

How can anyone rationalize spending billions of dollars on a campaign during these difficult economic times?

They can’t, and that is why I believe both the republicans and democrats are totally corrupt and totally out of touch with the people.

3 Responses to The Greatest Injustice at this Time